Nominations will be submitted electronically. The deadline to submit nominations for the 2021 NCSM Ross Taylor / Glenn Gilbert National Leadership Award is May 1, 2021.

Any questions about application can be sent to Samantha Wuttig, the NCSM Awards Chair:

See past recipients of this most prestigious award. 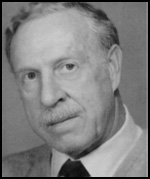 The National Council of Supervisors of Mathematics is an organization whose membership is made up of leaders in the field of mathematics education.

One of those members who gave especially of his time and energy was Glenn Gilbert. He was a mathematics teacher and leader from Boulder, Colorado. Glenn was a mathematics teacher and mathematics supervisor for many years. He was a long time member of NCSM and served as NCSM Treasurer and Board Member from 1976 until his untimely death in 1981. In 1982, NCSM President at the time, Shirley Frye, wrote, “One of the special benefits of a professional organization is the association with unique individuals who set a standard of quality. Glenn Gilbert was such a person! He exemplified the respected mathematics educator who loves his/her work and students. Glenn’s positive attitude supported his beliefs that students can succeed and that teaching is a reward. His leadership will be recognized and remembered in NCSM.” 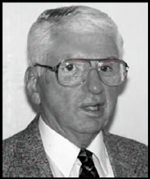 Bennett “Ross” Taylor was a part of the heart and soul of NCSM for the past 4 decades, a “Leader of Leaders” in mathematics education, and a driving force behind the birth of NCSM. Ross led the first planning and organizational meeting of NCSM in Minneapolis in 1969 and served as the second President of the organization from 1971-1973. When mathematics education was faced with a national “basic skills” movement, he led the 1976 development of an NCSM Position Paper, New Basic Skills, which redefined basic skills to include problem solving and the use of calculators.

Ross’s legacy lies in the hearts, minds, and actions of all who benefited from his leadership, his work, his actions, his passion, his purpose, his voice, and from his courage. The NCSM Board, with the support of the NCSM Past Presidents, honored Bennett “Ross” Taylor’s immense contributions to NCSM by renaming its most prestigious award, the Ross Taylor/Glenn Gilbert National Leadership Award. Announced on the last day of the 2009 NCSM Annual Conference, the newly named award was presented beginning with the 42nd NCSM Annual Conference.

In 1982, the Glenn Gilbert Award was first established to honor its namesake and to provide a vehicle to annually recognize a person who exhibited the same kind of unique and dedicated contributions to mathematics education.

In 1995, the name of the award was changed to the “Glenn Gilbert National Leadership Award” to further recognize Glenn’s legacy and capture the respect and stature that the award symbolizes within the mathematics education community.

In 2009, the award was renamed the “Ross Taylor / Glenn Gilbert National Leadership Award” to further exemplify the prestige of this national recognition and to further distinguish the unique dedication and contribution of its recipients. It is most fitting that this award should now bear the name of two mathematics educational giants, Ross Taylor and Glenn Gilbert.

See past recipients of this most distinguished award.